7 weeks ago, tomorrow, I underwent complete radial head replacement surgery (elbow). Two days prior, I was with my best friend and her son and my two kiddos at the roller skating rink. It was MLK day and the kiddos were out of school so we decided to take them to do something fun. You know what they say, "Its all fun and games until somebody gets hurt". Ya... that somebody was me.

I was skating along. Left my kids in the dust. (they were perfectly fine, skating along with friends and their Nina -godmother and my BFF). I can skate pretty well, but I have never really mastered the stopping thing. Yes, I know there's a stopper on the front of the skates. Yes, you just point your toe down and wha-la you stop. But... I was skating along, pretty fast when I was coming up to two girls at an alarming pace. I thought quickly and decided that my best bet was to just squeeze in between the two girls. There was plenty of room, or so I thought. Next thing I know, our skates had locked and while the girls kept going on, I flew face forward into the concrete floor, bracing myself with... my elbow. Slammed it down and was in immediate pain. I was scared, the music was all of the sudden blarring and no one was coming to my aide. Probably because people fall ALL the time so I'm sure whomever saw thought I'd get up in a second. Finally  two teenage girls that work at the rink came to help me. It hurt and I could not move and one look at my elbow told me something was broken. Little did I know it'd be much worse.

A trip to the ER (thank goodness the ER was less than 5 minutes away) with scared children in the backseat. I'm crying, in major, major, MAJOR pain. The ER doctor told me it was a clean break in the radius bone and I had to follow up the next day with an orthopedic doctor.

At the orthopedic's office they said my elbow was out of place and it needed to be minimize (put back in place) and that I had shattered the radial head pretty badly. They sent me to the ER again to have the elbow minimized. I was given some really great drugs that made me feel super happy and then I fell asleep so they could do the procedure. I remember saying "oh that hurts" but didn't feel anything. I woke up and the doctor tricked me saying "are you ready" I said "sure" and he said "just kidding, its already done". It was very weird as I was highly drugged. However, my elbow did not stay in place because the radial head was just too shattered. I needed surgery right away.

The surgeon said he would try to repair was was there before he opted to replace anything. Unfortunately it was "shattered beyond repair". So now I have this in my elbow: 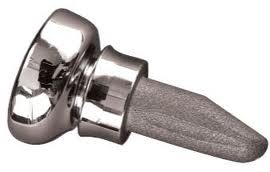 Up until last week really, I was unable to do so much. Its crazy how much we use both arms! Opening a bottle of soda... nope (priorities people!). Folding laundry... nope. Hooking a bra.... nope. Putting my hair in a ponytail.... nope. Fixing my daughter's hair... nope. Cutting my food... nope. So much more that I just could not do. It was miserable really. However, I did manage to do a lot on my own as well. I mastered how to blow dry and flat iron my hair with one hand. I can still vacuum (thank goodness). I could still text - WHEW! Mostly I was just in pain a lot and at about the 2 week mark I was slowly knocking on the door of depression. I have some other family issues going on too (that I'd rather not discuss here, but nothing I can't handle just something I'm not looking forward to) so that didn't help either. My husband was really my rock. He is a rock star and took care of the dishes, the cooking, the laundry,the grocery shopping, the cleaning, and even attempted a time or two to put our daughter's hair in a ponytail. And of course everyone of use got sick at some point during the first two weeks after my surgery.

Now that I'm almost 7 weeks out, I am feeling SO much better. Doing almost everything I used to all on my own, just without the use of my left arm for the most part. I can now type with both hands and hold light things with my left. I still need help opening some jars or bottles ("hey, kids... come help mommy" is heard far too often in our house), or folding the laundry. (I can do towels on my own and sometimes socks, but it takes me forever!) Last night we made spaghetti for dinner and I realized that I could not pour the pan of browned meat into the strainer in the sink. Hubby saved the day.

Being stuck on the couch, healing, and letting other people do the things I normally do without a second thought has really chilled me out on a lot of things. I am typically the kind of person that doesn't let others help because "I can just do it better". I learned that everyone has their own way of doing things and so what if my husband can't fold a fitted sheet to save his life, its clean, "folded" and put away and I didn't have to lift a finger or strain myself in anyway to do it.

This whole thing has also shown me what awesome character my children have. I don't mean to be that parent who thinks their kids can do no wrong (trust me, they can, they have and they will...) but it makes my heart melt that in a time like this they are so selfless. Never once did they complain about helping out. Never once did my sweet daughter complain about having to come to my aide to help me get dressed in the early days, or help me wrap my arm in a trash bag so I could shower. She was always willing to help. One evening I asked her to take some laundry out of the dryer. I left the room to come back to find her sitting in front of the TV folding the laundry that she just took out of the dryer. The child is 6. She amazes me. My son, 8, who normally has a hard time showing compassion has been SO thoughtful with me. Asking daddy to do things for him instead of me, knowing that I can't. (they both normally come to me for every.thing.) Being extra gentle when near me. Giving my arm gentle kisses. Helping me wrap my arm with the ace bandage. And best off all, applauding me when I could finally move my arm on my own. These kids. Amaze me.

So while I am not 100% better, hardly... I still do not have full range of motion back, in fact I'm behind the curve a little... I know that I am not broken and I know that I am loved and I have seen the people I love in a new and different light and I respect them and cherish them so very much.